It was Friday 13th and as you may know, this date is a very spooky and creepy date in the Anglo-American culture. If you are superstitious, anything could happen…but, as we are neither British nor American we decided to choose that day for our tea party project.

We are the second Bachillerato students and after finishing our third term exams we wanted to prepare something special for the younger English students in 1st ESO with Conchi Jauregui,  our English teacher’s help. Moreover, we were willing to make a different cultural project, to learn, share and have some fun.

Our goals were that young students who had just begun with their English lessons in September could improve their language skills and at the same time learn something typical British. Of course, we chose the tea as major beverage in the U.K and the tea parties as means of socializing.

After some weeks of preparation, we summoned the students in our assembly hall to show them sketches, power points, a game and even a song to talk about the history of tea and how it has been drunk throughout the years.

After an hour, we arranged a room to prepare typical British sandwiches of tomato and cheddar and others with cucumber and butter. 1st ESO students brought most of the ingredients and they showed us that were eager to prepare a taste these special recipes.

All in all, we liked the project, and specially to be talking in English for more than two hours, sharing this experience with our younger partners.

In the photos you can see the gastronomical moment, the tea party itself, when we were preparing the sandwiches and the tea and later, eating and enjoying them. 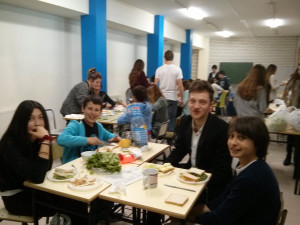 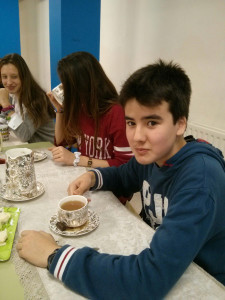 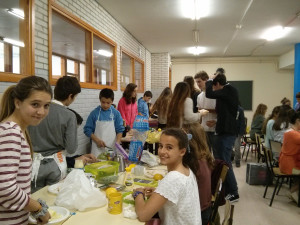 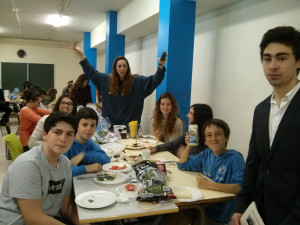 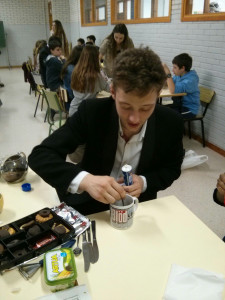 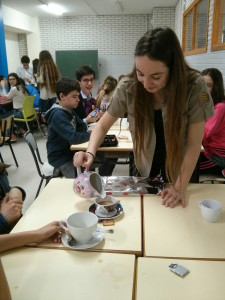 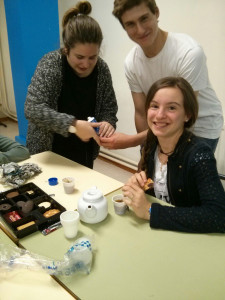 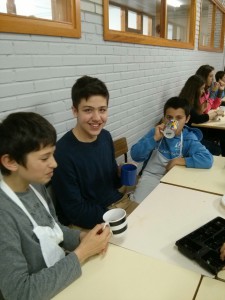 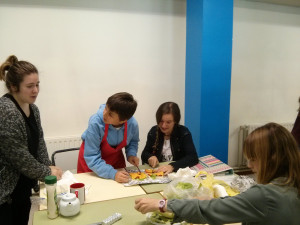 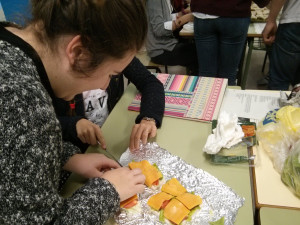