My second term in Xanten

Hi everyone! It´s me again, Xabi, the boy studying in Xanten at the European Class.

I am really enjoying the time here now. We had a lot of fun in Carnival  and during the “Mottowoche” that the Abiturienten organized, which is their last week at school before their Abitur exams were they come every day dressed up differently, they organize different events as the “Bierlauf” which is a race in teams of two and each team has to carry a crate of beer and drink up all the beers before finishing the race. On the last day, they make a small party.

The Winter has not been so cold, or that´s at least what all the Germans say. To be honest for me it has been cold, even if I wore gloves and a very thick winterjacket outside it was cold. Nevertheless, now the weather has changed and we are having warm and sunny summerdays, which reminds me that in two months I´ll be back at home, so that we are trying to make the best of the time that is left.

After the winter holidays every exchange student changed the family. As much as I know we are all very happy with our new family. My new host family lives in the middle of Xanten and very close to the school. Now I go by bike to the school, because it only takes me five minutes to get there.  Only the father of the family eats meat, the mother and the son are vegetarians and the daughter is vegan. It is quite interesting because one fourth of our class are vegetarians or vegans. Although for me it is not a big problem, because I still eat meat some days, I always try to avoid arguing with the vegetarian/vegan people about their eating habits, because I sometimes believe that the problem is that they have never eaten a good steak (chuleta), and no matter what you tell them they won´t listen to you when you tell them the healthiest way of life is eating varied. However, as I said I am very happy with my new family, I get treated as the third son by them. I often go to play football with my host brother Yorrick and his friends or I go out with my host sister Lia and her friends.

I am meeting a lot of new people not only from Germany also from other countries as for example France, Montenegro, Latvia and Palestine as the school in Xanten organizes many exchange programs, as we do with Hürth and Wiesbaden, with many different schools.

Soon we will go to London on a day trip with the school and in two days I will go to Amsterdam with my host family.

What I am very proud of is that after training hard and carrying on winning mostly all the matches, we have won the Kreisliga. Now we are planning to do a team-trip to somewhere, where I´m sure we will have a lot of fun. Of course we already made a big party after winning our last match, where the beer and Currywurst as well as German party music as Schlager played the main role. 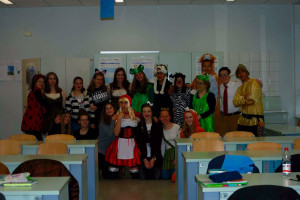 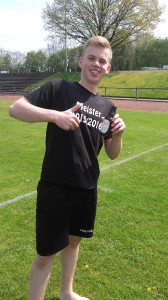 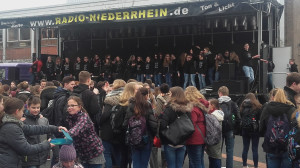 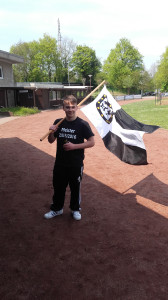 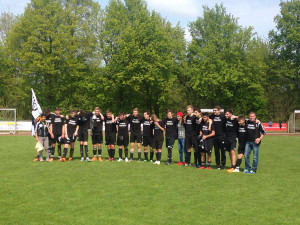 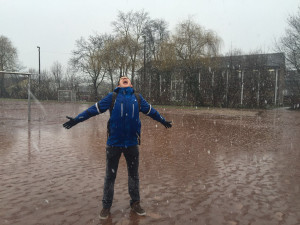 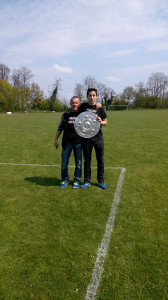